Ring with taweez of Murrah al-Abyad 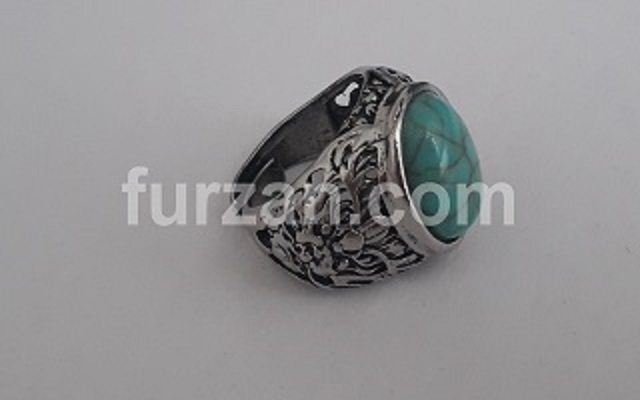 This is the taweez ring of Murrah Al-Abyad, the djinn king, also known as the father of the light. In some western occult sources, the authors speak of Al-Abyad and the fallen angel Lucifer as the same person. But there is no evidence for this speculation, to be sure.

This djinn king is the ruler of the moon and is also called "the white one." Al-Abyad is often described as an old man with very yellow skin. For him—it is known that he loves to wander alone in the desert plateaus of the Hindukush mountain chain. Even nowadays, rumors are being spread among the local goat shepards about a yellow colored old man with a white beard who is seen in the night walking in a trance on the mountain paths.

Al-Abyad comes from the humanoid djinn tribe of the marids, and as such, his main virtue is wish granting.

There is nothing impossible for him, no matter becoming a billionaire, get ex-partner back, punish an enemy or get a job promotion. He is a great luck opener and all divine blessings will fall on the owner of this ring like a never-ending rain. The people will see its owner as a king. because this ring increases inner noor. Some people told us that while using it, the surrounding people even started to see a glow around their bodies. With it, a person starts to feel wiser and be able to see the true nature of everything, get prophetic dreams, and a lot of divine secrets can be revealed. Self-esteem and charisma also grow. No oppressor will ever dare to do anything bad and you can become celebrity in your society. He especially helps people which are on the brink of their hope and are totaly crushed by the obstacles in life.

Keep in mind that when you have a big wish, it needs more time to be accomplished. Also, if you want to become rich, but you dont even go to work, dont have a small business, and lie the whole day on the couch, it wont happen. Even a small effort from your side is needed for things to start happening.

The creation of the Al-Abyad ring took one week of almost non-stop dhikr following the exact rules of our order, connected with fasting , wudu and special esha namaz. Everyone can wear it and there are no restrictions or rules for using it. No activation ritual or everyday chanting, dhikr or prayer is needed either. The size of this taweez ring is self-adjustable. You can wear it on every finger you want, and if you think it is too big for your fingers-you can wear it on your neck, on a string under your clothes in a more discrete way. There are no side effects from this ring for you or your relatives. No bad karma or family curses.

Barkat taweez for every problem